The Let US Vote for a Balanced Budget Amendment Citizen’s Campaign, Inc., a coalition of nonpartisan advocates concerned about the impacts of inflation and out-of-control national debt applauded the introduction of House Concurrent Resolution 101 calling for an Article V Convention of States to propose Amendments to the United States Constitution and stipulating ratification by state conventions, effectively a vote of the people.

The companion Archivist Article V Application Counting & Calling Act, HR 8419, is designed to ensure Congress complies with its ministerial mandate to call an Article V Convention “upon the application of two-thirds of the states.” It parallels the Archivist’s current responsibility to count state ratification resolutions and certify when an Amendment is added to the US Constitution.

The Concurrent Resolution introduced today states in part. “…beginning in 1979, when Congress appears to have failed in its constitutional duty to count applications and call a ‘Convention for proposing Amendments’, the Nation’s debt has increased to more than $30,000,000,000,000 (Trillion) from $830,000,000,000, (Billion) while the value of the dollar has declined by over 70 percent…”

“On behalf of my granddaughters, I want to thank U.S. Representative Jodey Arrington for correcting Congress’ constitutional failure in 1979 to call the Amendment Proposing Convention of States. Ironically, 39 states, five more than needed, had filed Applications to Call the Convention to address high inflation amid rising debt. Most importantly, the Resolution would prohibit any proposed Amendments from being added to our Constitution without a majority vote by the people for yes-pledged delegates in three-quarters of the state conventions,” stated David Biddulph, Co-Founder of the Let Us Vote for a Balanced Budget Amendment Citizen’s Campaign, Inc.

The resolution calls for Congress to set the time and place for an Article V convention for proposing fiscal constraints on the federal government unless the Archivist finds that Congressional Records do not support a finding that the thirty-four Applications required to call a Convention of States for Proposing Amendments was ever achieved.

Dr. Barry Poulson, Emeritus Professor of Economics at the University of Colorado, stated, “Other countries have taken the lead in imposing fiscal constraints on their governments, and this resolution will allow U.S. citizens for the first time to incorporate fiscal constraints in our Constitution. The federal government is too big, too expensive, and too intrusive in our lives. It is time for citizens to decide how much government we want and are willing to pay for.”

Hon. David M. Walker the Former Comptroller General of the United States, stated, “I commend Rep. Jodey Arrington, the lead sponsor, and all the cosponsors for their leadership in introducing legislative proposals designed to restore federal fiscal sanity and recognize the rights of the states under Article V of the Constitution. The time has come to end the dereliction of duty by Congress and defuse our ticking debt bomb.”Admiral William Owens, United States Navy (ret), former vice chairman Joint Chiefs of Staff stated, “Our country seriously needs a strong reminder of both states rights and the seriousness of acting fiscally in the best interests of our country and our national security. This convention for proposing amendments will not only be historic, but it will also be a monument to our founders and to our present-day legislators taking the right action on behalf of our people.”

The Concurrent Resolution is a significant victory in the fiscal responsibility coalition’s “StopInflating.US” campaign to encouraging citizens concerned about higher prices, slow growth, and its impact on future generations to support a state-drafted, voter approved, inflation-fighting, fiscal responsibility amendment to the Constitution.

To learn more about the calls for an Article V Convention of States or to schedule an interview with a Let US Vote for a Balanced Budget Amendment Citizen’s Campaign, Inc. spokesperson, contact Mae James at 386-423-4744 or [email protected]. 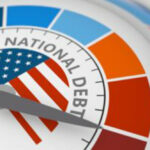 Some Straight Talk About the Debt Crises, by Dr. Barry Poulson

Some Straight Talk About the Debt Crises 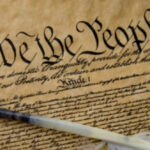 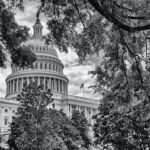 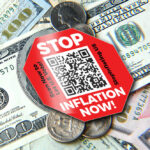 “Beginning in 1979, when Congress appears to have failed in its constitutional duty to count… 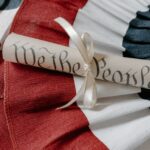